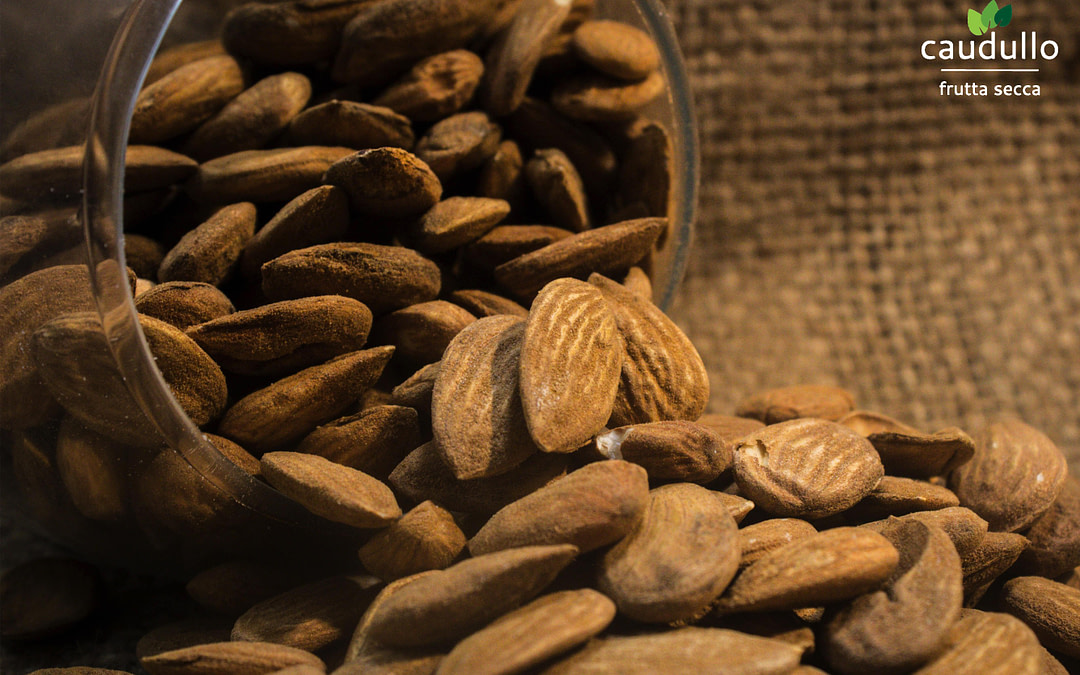 Almond is a type of dried fruit much loved both in Italy and in the world. Excellent for health, easily digestible, rich in Omega 3, vitamins and minerals, it is recognized in the world as a useful ingredient to enrich desserts and sophisticated recipes.
Currently, the production of this fruit takes place in different parts of the world such as the United States, Spain or China, even if Sicily is the region that until the 1960s has preserved a world record in terms of cultivation. and collection. In fact, only in Sicilian land, this cultivation currently covers 48,000 hectares of land, with a production of “mennule” of 600,000 quintals every year.
But how did almond cultivation develop in Italy? What are the characteristics of the true Sicilian almond? Let’s find out.

The development of the almond in Italy

Originally from Central Asia, precisely in the Levant, the almond tree was known in Greece as early as the fourth century BC. In Sicily, it was introduced by the Phoenicians, (it is no coincidence that the Romans called the fruit “Greek walnut”) and then spread via away in France and Spain and in all other Mediterranean countries.
As mentioned at the beginning, to date, Sicily is the Italian region that has the most massive production of sweet almonds in the national territory (80%), with a cultivation that takes place mainly in the Agrigento area, precisely in the Val di Noto, between Syracuse. and Ragusa. In fact, in the Park of the Valley of the Temples alone, there are over 300 varieties of fruit and local ecotypes of the crop.

But why exactly is Sicily considered fertile ground for almond trees? Everything points to the typical climate of the area. It should be noted that the almond tree is a tree that prefers the Mediterranean climate and resists both the scorching summer heat and low but not too rigid temperatures.

The almond tree and its cultivation

The almond is a plant with a longevity of 70-80 years, belonging to the Rosaceae family and to the Prunoideae subfamily. It is of medium-large development with an upward or spreading crown. The trunk has a brown bark while the leaves are very similar to those of the peach tree, with a lanceolate shape.
The best soil for growing almond trees is soft, a little calcareous but with good fertility. As mentioned above, the tree tolerates drought very well, therefore it has a very low water requirement compared to other Rosaceae. However, the practice of irrigation is still very important, as it favors the development of shoots even 2-3 weeks before harvesting. This also allows to obtain high quality productions.

The harvest of the Sicilian almond

The almond harvest takes place mainly between August and September, while the Avola almond, grown in Sicily, is harvested as early as July. The arrival of the ripening phase can be easily guessed from the appearance of the fruit and its semi-open husk. While as regards the harvest, in the past it was carried out by hand: nets were placed under the trees while the workers, through the beating method, dropped the fruits inside.
At the end of the harvesting phase, the almonds were deprived of the husk and then left to dry in the sun for about 3-5 days. Subsequently, they went through other production processes such as shelling and peeling.

Characteristics of the almond

The fruit of the almond tree (almond) is found inside a spheroidal-ovoid drupe and is composed of a green skin, a fibrous pulp and a shell whose color depends very much on the variety. The flavor of the almond is often sweet, although fruit with a more bitter taste can often be found. This difference in taste depends on the presence of amygdalin, a substance not so beneficial for the body. This is why it is recommended to always consume the sweet variety of the seed.
Recognizing a sweet almond from a bitter one, then, is very simple: first of all it is necessary to observe the color of the flowers, white for the sweet variety and pink for the bitter one. In addition, sweet almonds have a longer and oval appearance while the bitter ones are shorter and stockier.

Almonds are often eaten roasted or in a natural version. However, from this oily fruit it is possible to obtain two products widely used in cosmetics and in cooking: oil and milk. Almond oil is obtained from the cold pressing of sweet almonds and is a product used as an emollient in the cosmetic sector, with a clear color and odorless olfactory. As for the milk, however, this can also be prepared at home by blending the almonds together with a quantity of water, without adding sugar. Obviously, we are talking about a drink that only remembers the color of milk, as it is of totally vegetable origin and lactose-free.